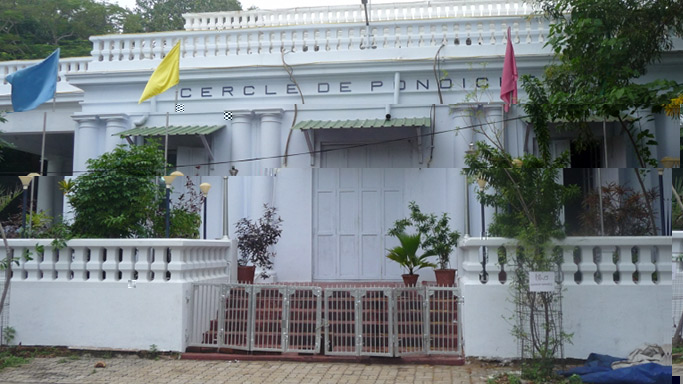 Innovation of the circle

Circle de Pondicherry was established during the French period in 1899 for senior French VIP’s. Members of the Circle can avail its facilities that include tennis and badminton courts, but that was rarely used by them.

As per details furnished by the Executive mastermind, Public Information Officer, Buildings and Roads Division, Public Works Department, land and building was granted to Circle de Pondicherry by the French government in year 1938. Memberships are open to Indians as well today but during olden days Indian were prohibited from entering this club as it was opened for only Europeans. Initially, this building was founded as an avenue for the recreation in the city.

Ancient look of the building

Circle de Pondicherry is mainly included in heritage walk where tourist and visitors can admire the architecture of French in the building as this city is well known for its blend of Indian and European designed buildings. It will be an exciting opportunity to have a look over the design of French’s club in India.

In Pondicherry, various kinds of hotels are available very near to this circle of Pondicherry. Restaurants that are variable in their budgets and infrastructure are also seen here for different kinds of People with varied interests.

Save money on your trip in Tamil Nadu with Hotel Pondicherry
We are glad to help you find, book and experience Tamilnadu in its many dimensions while retaining your own individualistic idea of travel.

Madurai
Get the best deals and special offers with Hotel Pondicherry

Sign up now to receive the best deals, discounts and special offers for Tamil Nadu
Hotel Pondicherry hates spam, your email address is safe with us.

Other Destinations
Get in Touch!
Stay Connected
Copyright All Rights Reserved LCWA ©